Machines of Mourning is a video symphony. It combines a wind music symphony played by a large brass band with a video art installation independently projected on four large screens. It is an immersive experience, both for the musicians and for the public.

The work has five parts. On Foot / Sinoci; Down’ Pit / Koel; Father’s Lament / Het Vaderlament; Proud Men / Inne Staatse Maan; Out Of Breath / Sjtub. Always anticipating the inevitable end of coalmining the work starts with the haunted walk of a migrant, follows that up with a descent into a black screeching pit, creates a portrait of the miner as a dead father, still not grieved, shows the erasure of the mines as an act of collective humiliation, bears witness to an unbearable slow death by asphyxiation.

The work as a whole overwhelms. It enforces a mourning. 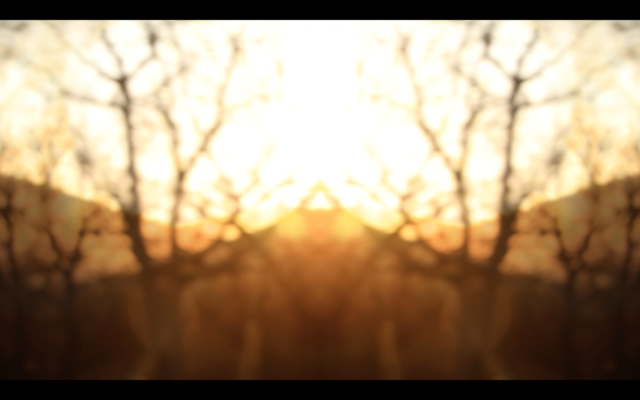 Machines of Mourning is the work of an artist, Christine Munz, a composer, Hardy Mertens, a philosopher, Frans Geraedts and of the citizenry of ‘de Oostelijke Mijnstreek’, the former coal mining district of the Netherlands. The creation of the work started in 2010. By now dozens of coal miners family’s, hundreds of amateur musicians, thousands of citizens, three actors, a poet, a handful local politicians, five different conductors, four different brass bands, a choir, over thirty volunteers, a Syrian refugee, an artistic director of a festival and six local artists have participated in the creation of MoM. They have influenced the work directly and indirectly by staging and performing and witnessing and commenting and criticizing a stream of public rehearsals and try outs and premieres of fragments and parts. The work has by design been build up slowly, piece by piece, part after part, to make this wide participation possible, to make it possible that experiences generated by a performance of a fragment or part can be taken into account when the next piece is composed or written or scripted or filmed.

Fifty years after the closure of the mines the former coal mining district of the Netherlands, de Oostelijke mijnstreek, is still in decline. MoM intervenes in that process. Its creation, staging, performance and witnessing has enabled and will enable correcting emotional experiences. What was not acknowledged will be. What was ungrievable will become grievable. What has not yet been mourned, now, finally, will be. MoM is an act of collective self therapy.

The cultural institutions of the district have yet to find the courage to stage MoM in its complete version. It has now been programmed three times on a prominent local platform -with conviction, enthusiasm and a lot of support- only to see its performance cancelled on short notice.

Machines of Mourning is “eine Zumutung”, it is a bitter medicine, it reveals pain fully

Machines of Mourning has a local signature. It is created for and by a specific community, the citizenry of the ‘oostelijke mijnstreek’.

Its significance however is not limited to that community, to this specific time and place. Machines of Mourning will be send on tour to the other former coal mining districts in Western Europe; in France, Belgium and Germany; in England and Wales. That will be like a visit with relatives that share a rich and traumatic and very particular history. MoM will be welcomed there, understood, embraced.

Beyond that inner circle MoM will have an even greater impact. For those communities worldwide where the coal is still mined a performance of MoM could be a seminal event. Almost all of them are in a deep crisis. The coming demise of coal leads into a death spiral of lower investment, worse safety, higher risk, longer working hours and lower wages. That will weaken the miners communities to such an extent that when the closure finally arrives -and it always will- the will and the capacity to chart a different future will have been eroded beyond repair. The anticipatory mourning of MoM offers a chance to escape that hopeless fate. It mobilizes the inner strength of the communities, it releases the energies bound up in denial and rage, it makes it possible for the miners and their families to take matters in their own hands, to decide together when and how to walk away.

Machines of Mourning has a local signature. It reads: ‘the citizens of the ‘oostelijke mijnstreek”. MoM is their gift to the coal mining communities of the world. It is a peculiar gift, because it condemns those who receive it. It enforces a mourning -of a death, an end, a demise that has not yet arrived -but surely will. MoM is a gift that condemns -but then sets those it condemned free -free to choose a future -free to choose a future of their own design.

Machines of Mourning is a gift.